Updates on us (started out as part of the other post from today, but it was a little long, so I split it up)

In other news, Desi is a little over 18 months now. He is 15% for weight, 45% for height, 75% for head. Guess all the food he is eating is going to straight to his brain, because I just saw the paper from his 6 month checkup while I was digging through the closet trying to find those power converters and he was 50% across the board for everything. He is sure a crazy little kid. Doesn't speak much English yet, but has his own language and he talks a ton. He loves rough and tumble play, loves tackling, flying through the air, tickling, and zerbets/raspberries/flubbers whatever you want to call them. He adores his older brother and loves to copy him, and he loves water. He can and often does spend an hour in the bath. He is almost weaned, and will be completely weaned by this coming Friday or Saturday (maybe sooner, he nursed Friday morning, and then not again until Monday morning even though he still wants to a lot more often than that). Desi also has the cutest smile and laugh I have ever seen, he thinks he is soo funny and runs a round the house screaming and laughing quite often.  He is also the king of mischief (he has learned how to get a cup and get water from the fridge door) and tantrums! 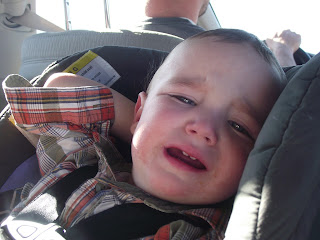 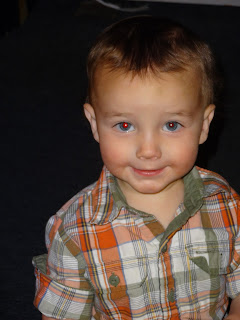 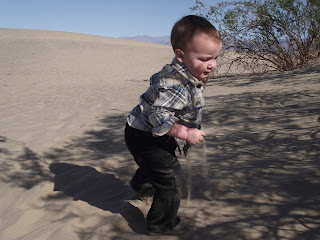 Simon is as sweet ever, is the best story teller I have ever heard (kid or not), has an unhealthy love for video games (especially the lego games- lord of the rings, star wars, indiana jones, pirates of the carribean, but only has the full star wars games the rest are all demos), gets outeaten by his little brother, adores our neighbor Brentt who is 12, and thinks he is much older than 4 (I swear the boy acts like a teenager). He gets frustrated playing with kids that are younger than him (especially if they name call or hit), is very social and is comfortable asking people for help, talking to kids at the park, and even asking store employees where to find things. We recently quickly put an end to a bad habit he learned of lying, and if he goes 30 days without lying he gets a bunny... I think he has not lied since we started that, and I think we are on day 8. He is a pretty calm boy, loves books, legos, and forts, and playing the above mentioned lego games in real life, whether make-believe or with his Legos. He also loves baths, preschool with his Vovo, and being my helper (he will help me cook, water plants, clean, wash dishes, vacuum, etc.) and he also likes to things on his own, and has an incredibly attention span and stay focused on one thing for hours if he wants. Steve and I have tried really hard to foster his independence and teach him that he is capable of doing things on his own, and it is really paying off. Right now he is in the bathtub and just got the shampoo so he can wash his hair by himself, he doesn't want me to help. He also can get himself breakfast, and get drinks for himself, which has been especially nice especially with breastfeeding Desi because he nurses/nursed almost nonstop for about 2 hours in the morning when he wakes up, which makes it difficult to get Simon breakfast in a timely manner. He really is something else, and because of Simon I have unrealistically high expectations of other kids behavior because what I thought was normal behavior because it's what he did, really isn't normal. 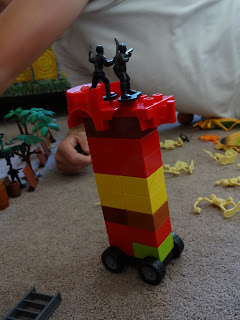 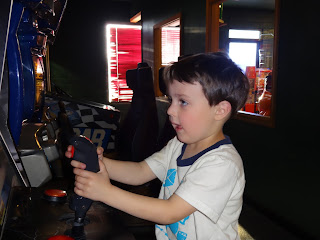 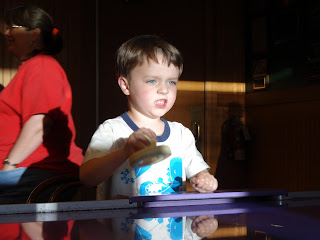 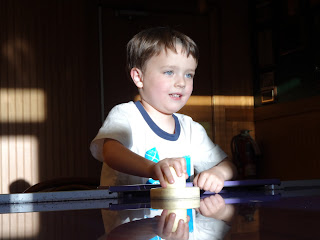 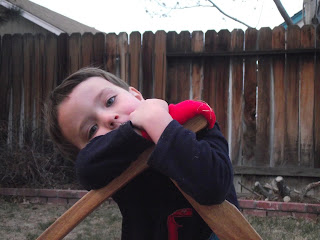 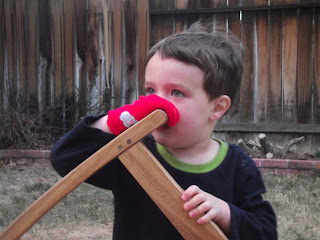 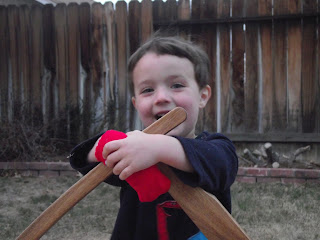 I recently came across a website called The Orange Rhino, and because of it had a realization that I really need to stop yelling. I don't yell a whole ton, but still a lot more than I would like to, and any amount of yelling is not okay, and my boys deserve better than that. In theory I am going to try to go a whole year without yelling, but I'm just taking it one day at a time, and just trying to make it through each day. I have messed up a few times and totally lost it, but I'm trying, I'm making a very conscious effort, and I feel like I'm doing a good job. Having kids has made me realize that I'm not nearly as patient as I once thought I was, and I realize more and more that I'm a lot more like my dad than I thought. (I knew we had lots of things in common- as far as interests- especially outdoors and photography, but I have a lot of his personality traits too). I am really enjoying being a mom, feel like I have a good thing going, love our house, have finally got to decorate a few things that I've been dying to do since we moved in (mirror and table in the entryway), and have big plans for the family room (plans Steve played a huge part in coming with- such as painting the brick colored cave yellow which I initially fought, but am now all for), and feel like I have a good grasp of cleaning and keeping up with most of the housework (laundry will forever elude me, and dishes I'm always a little behind) but I vacuum almost every day (stupid dog hair)! 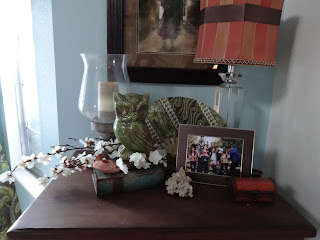 (Not a lot of pictures of me, and most of the ones of me or decorating were on Steve's phone that died)

I have a hard time updating for Steve- I feel like he should be able to edit or tell me to add things he wants, so I'll be brief. Steve works a ton and is still working nights and probably will work nights until he becomes a nurse practitioner. He is almost always tired, and converts to a "normal people" scheduler on his days off so he can spend time with us. He works hard to provide for us and in return I work hard to provide for him. His job is incredibly stressful so I try to make his days off good for him. He loves going hiking, especially now that the weather is warming up, and loves having friends over on his days off for dinner, good company, and video games. He is an incredible man, and puts up with a lot, and I'm grateful to have him in my life forever. 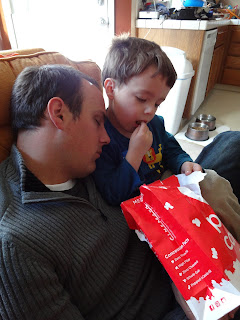 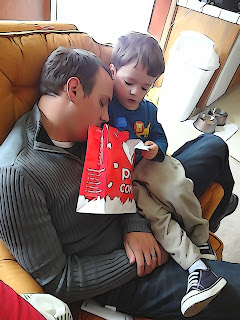 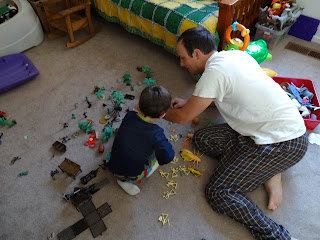 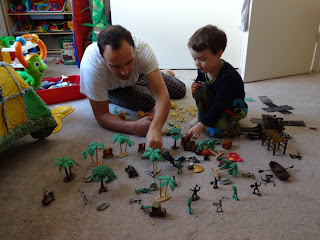 You are a great mother and wife!!! I am proud of you. You take good care of your family and home. You do have smart boys. All my grandkids are smart! :)
I know what you mean about not yelling at the boys. Nancy is the one who told me how bad I sounded when I yelled at Heather when she was about 2-3. I wasn't aware I was that bad. Glad she told me. I think I have done okay. But there are times when I know I blew it. It happens. We all just keep on trying to be better. None of us is perfect. Just remember that. Keep trying!
Looking forward to seeing the family room done! I sure hope it is a soft yellow. Hope it is not like the bumblebee yellow bathroom we had in Clarksville! That was BAD! :)

"Tomorrow is always fresh with no mistakes in it." Anne Shirley, Anne of Green Gables by L.M. Montgomery