Steve got a new calling at church. Sorry to ALL of my family who is finding out about it right now as they read, because I haven't yet called them and told them. So Steve's new calling is....... 2nd counselor in the Elder's Quorum Presidency!
For now we are still teaching our Sunday school class, not sure what will happen there, it may end up that I teach by myself, which will be hard for me because I haven't actually participated in the lesson teaching in, oh, about seven and a half months. So maybe a new calling on the horizon for me?? Though I shouldn't speculate or hope for such things. I do love the kids in our Sunday school class, I am just terrified to teach by myself.

Posted by Kari and Steve at 8:42 PM 2 comments Links to this post

pictures from my dad visiting 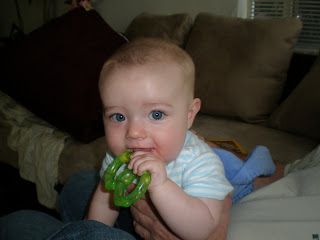 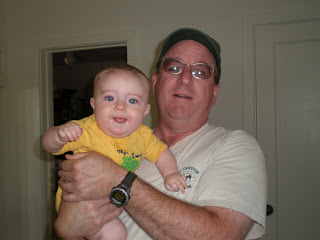 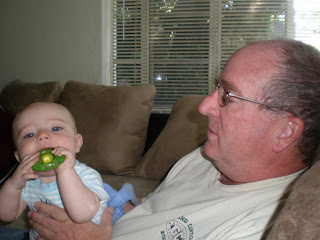 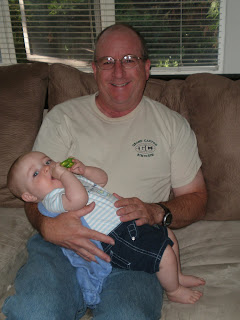 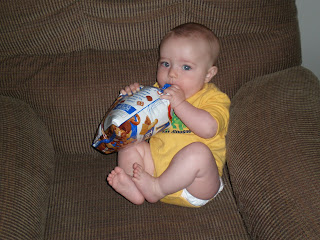 Posted by Kari and Steve at 9:43 PM 2 comments Links to this post 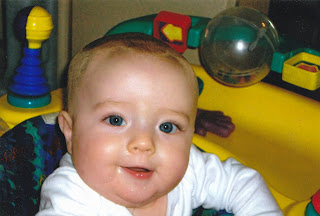 I am home today. Not because I was late and got sent home (which happened a couple of weeks ago), but because I have to work at Ashley on Saturday because we are having a tent sale, and I am not allowed to get more than 40 hours a week, so I took today off. Simon is still in bed sleeping (weird) but I will let him sleep as long as he wants to. His sleep schedule doesn't really seem to be affected if he sleeps or if he doesn't. Last night we even put him in his bed when he was still awake. He cried and whined off and on a little for about 5 minutes and then fell asleep, but then at 4:30 there was a really loud sound in our house like blinds slamming down so he woke up and then came to bed with me.
In fun stuff I have gotten to see my dad lately. He spent the weekend with us and I really enjoyed it even though we didn't do a whole lot. I feel kind of like a lame host because I didn't have stuff planned for us to do while he was here, but I had fun at least, hopefully he did too. It was raining all weekend when he was here so we didn't get to geocaching like we wanted to. Of course it stopped raining on Sunday when my dad had to leave to go to his next job. But we will probably get to see him again in two weeks, and on Father's Day, so that is really exciting. I love my dad so much and I hardly ever get to see my parents. Last time I saw them was when Simon was born and my mom stayed with us for a month and my dad got to come for like two days for the blessing. Simon loves his Grampy and they had fun together. My dad is teaching Simon to raise his hands in the air and say "I am the best!" Of course Simon can't talk yet, but he still looks cute doing it, and maybe if we do it now, it will be one of the first things he really does learn to say. We also taught Simon the chicken dance. Mel took a video of itwith her camera, so I will have to get it from her to post.
Simon is insane lately. That boy can army crawl like none other, I can no longer leave him on the floor to play by himself and leave the room because I haven't baby-proofed our house yet and we have a lot of cords on the floor that he can get himself tangled up in. Yesterday Steve and I were on the computer and Simon was in the living room and he crawled across the floor to us and was playing with the computer and the headphones on the floor. Later he started out on his blanket and made his way over to his dad's Xbox 360, definitely not a Simon toy, so I had to move him away. We really need to get a small pack'n'play for him to be his new bed and play place, Steve's sister had one at their parents house on Sunday and the cousins played in for a little while, Simon didn't seem to mind being stuck in baby prison, and it let them play without getting trampled by the four dogs that were at Steve's parents house on Sunday. Simon is such a mama's boy. It makes Steve really sad, and I don't know what to do about it, but Simon just always reaches for me. Yesterday I got home and Simon was crying on the bed so Steve rescued Simon and then Simon heard me talking because he didn't know I was home yet, and he started looking around and reaching out of Steve's arms for me and he couldn't even see me yet, he just knew I was there. I feel so bad, because it is really hard on Steve. I try to tell him it's just because I have the booby juice, and that's why he wants me, but it doesn't help. Any suggestions on how to make your boy less of a mama's boy and want to play with his daddy more, I would really appreciate them. (and I'm sure Steve would too.)
I have a new addiction. Tangrams. Kyle brought them over on Thursday night, and I was doing them nonstop on Saturday, very fun! Anyways, this is it for now, I'm gonna go get Simon up aso we can play together, it is almost 11:30 and he is still in bed, so I should probably get him up and change his diaper at least!!

Posted by Kari and Steve at 11:04 AM 5 comments Links to this post