I have the best husband ever! It's true. A couple of weeks ago he turned 30. We had a party to celebrate. There was hot dogs, all the toppings, root beer, and homemade lemonade. It was pretty good. He got spoiled, but that's okay because he deserved it. 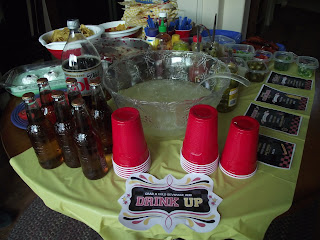 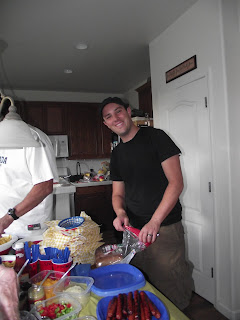 Then he came home to this wonderful sentiment from his sis and bro-in-law (they had to miss the party because their little one had been puking his guts out all day, no fun at all.) 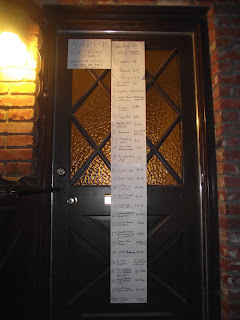 The best part about his birthday might have been that it was his first day off of a much needed week and a half vacation. We decided to travel the world during his vacation and with me 36 weeks pregnant at the time! So we tried a few restaurants in town that we hadn't been to, or hadn't been to for a while. We had grand plans of going to several different countries but only made it to Ethiopia (Zagol) and Spain (Fuego). Fuego could possibly be my new favorite place to eat. My favs were the asparagus straws and their hot chocolate and churros. Spanish hot chocolate is amazing. We had to eat it with a spoon, it was basically melted chocolate in a cup. I want to go there every night for dessert nowadays. Steve loved it so much he took his mom there the next day for a special treat. It is seriously heaven.


The majority of the vacation was spent at home having lots of fun as a family. Simon got spoiled because he had a parent home with him who had energy to take him to do fun stuff. We got some of our house ready for the baby, but not all of it, our room still looks like our washing machine threw up all over the place, but at least its all clean!


We also went camping. Steve and I were at Winco grocery shopping and they had coconut covered marshmallows, I told Steve we could only buy them if he promised to take me camping. So in order to fulfill his promise, he took us up to Lassen Volcanic National Park. We spent two nights there, went on a little 3 mile hike, and just kind of bummed around and drove around the area. We didn't want to do anything too strenuous as Steve didn't want me to go into labor so we didn't hike as much as we would have liked, but it was still a fun little trip. My husband is awesome, and took good care of us while we were camping. He did all the cooking and the clean-up, played with Simon so I could take a nap, and even did all the driving even though he hates driving. Like I said, best husband ever! I love my husband and am so grateful to be married to such a fun, kind, amazing, hilarious man. 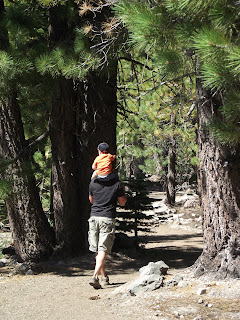 Steve and Simon on a self-guided trail about the devastation in the area from the most recent volcanic explosion. 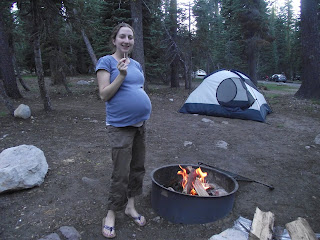 Me, our campsite, and my one match fire 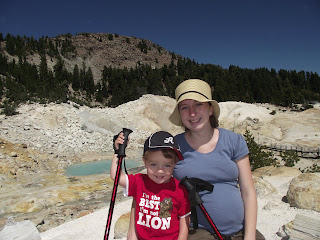 Simon and I at Bumpass Hell- this was our 3 mile hike, but it seemed longer than that to me.

me on a pile of rocks, and the mountains. Click on this one to see it bigger- Steve is such a good photographer!


Two more little brags, he got himself all sleep deprived to help his little sis move last weekend, and he also got sleep deprived to go with all his sisters and us to the water park the other day, it was a blast. I didn't go on a single slide, and didn't do much looking back on it, but I had a good time. Mel and Jared were talking about buying season passes next year, and if they do I think we will too. And last night at work he (thankfully) had a slow night and read an entire book about things to do as labor coach, he is going to be the best coach ever, and I am so grateful to have such a supportive partner in labor and in life who is willing to do tons of preparation and studying to try and have the kind of birth experience that we would like to have with this baby. (Which is especially impressive because he hates labor and delivery thanks to nursing school, and an experience he had during school when a woman and her baby almost died during childbirth.) So on that happy note, goodnight!

Posted by Kari and Steve at 9:29 PM 2 comments Links to this post